Greta Schiller’s career as an independent filmmaker was launched in 1984 with the theatrical release of her first feature documentary Before Stonewall, which won numerous international awards including two Emmys. Ms. Schiller has gone on to produce and direct fifteen documentaries of international acclaim, including International Sweethearts of Rhythm, Paris Was a Woman, and The Man Who Drove with Mandela. She was the first ever recipient of the US/UK Fulbright Arts Fellowship in Film, and has been awarded grants from the National Endowment for the Arts, NYSCA, New York Foundation for the Arts, and The Arts Council of England, among others. She holds a BFA in Film/Video from City College and a Masters in Science Education, also from City College.

A founding member of the Independent Lens Series, her body of work for twenty years focused on LGBT History and laid the ground work for the burgeoning LGBT Film Community. With No Dinosuars In Heaven, a "must see" says The American Academy of Sciences, she shifted her focus to environemntal and science related films, most recently The Marion Lake Story for which she was named Environmentalist of the Year by the North Fork Environmental Council. In 2016-17 she was the Rachel Carson Outreach Fellow working on a new film about Ecological Restoration.

GRETA SCHILLER – NARRATIVE BIO
Greta Schiller’s filmmaking career was launched in 1984 with her feature documentary directorial debut, Before Stonewall. Produced with grants from the New York State Council on the Arts, the New York Council for the Humanities, and the Corporation for Public Broadcasting, it premiered at the Berlin International Film Festival and the Park City Independent American Film Festival (now the Sundance Film Festival). It screened in over 75 film festivals worldwide including London, Florence, Toronto and Melbourne. Time Out London called it: “A near perfect blend of personal
story and historical archive”. Judith Christ wrote in TV Guide, “You owe it to yourself to see it. Laced with humor and irony…of vital interest to everyone”. Before Stonewall was broadcast over PBS, winning two national Emmy Awards, as well as in Great Britain, Australia, Japan, Canada, Germany, Denmark, Sweden, and Taiwan. It won an Independent Spirit Award and Best Film at the Houston Film Festival among other awrds. The documentary established Greta’s reputation in the international film scene. She went on to produce and direct three films on women in jazz -- International Sweethearts of Rhythm, Tiny and Ruby: Hell Divin’ Women and Maxine Sullivan: Love to be in Love. She was awarded funding for these films from the New York Council for the
Humanities, New York State Council on the Arts, Chicago Film Fund, Channel 4 Television in Great Britain and La Sept in France. International Sweethearts of Rhythm premiered in the New York Film Festival in 1986, and won special jury awards at the Leipzig and Oberhausen film festivals, Audience Award at Films de Femmes in Creteil, First Place at the American Film Festival, and Best Documentary at the Philadelphia Film Festival. It was broadcast over national PBS as well as in Great Britain, France, Holland, Yugoslavia, Denmark, and Zimbabwe. The Atlantic Journal wrote that it “makes you glad documentaries were invented.” Tiny & Ruby: Hell Divin’ Women won audience favorite awards at the Berlin, Chicago, and San Francisco film festivals, and was broadcast over British, German, Dutch, Finnish, American and Danish TV.

In 1989, Greta won the first ever UK/US Arts Fulbright in Film and moved to London where she remained for a decade. While there she developed producing and teaching relationships with the British Film Institute, the UK Arts Council and Channel Four television, the leading independent television company of its era. She embarked on a series of international co-productions, most notable of which was Paris Was a Woman, a documentary portrait of the female Modernist community in Paris between the Wars. Showcased in London, Seattle, Sao Paolo, Melbourne, Istanbul, Vancouver, Paris, Prague, London, New York and Jerusalem film festivals among others, the work garnered many awards including Audience Awards in the Berlin Film Festival and Films de Femmes in Creteil. According to the New York Times, “Time travel to Golden Ages doesn’t exist, but documentaries like ‘Paris Was a Woman’ are the next best thing.” Time Out New York wrote, “It’s enough to make you leave your spouse and move to Paris.”

Greta’s subsequent film, The Man Who Drove With Mandela, is a bittersweet portrait of Cecil Williams, a white theatre director who was both an ANC activist in apartheid South Africa and a flamboyant gay man in the sexually repressive Fifties. The film won an award for Best Documentary at the Berlin Film Festival and went on to screen in festivals in London, Vancouver, Sao Paolo, Jerusalem, and Melbourne, and was theatrically released in Holland, USA, Germany, Spain, New Zealand, and the UK. It was broadcast in the U.K., Holland, South Africa, Belgium, and
in the Independent Lens series on PBS.

More recently, Greta’s films include I Live At Ground Zero, a half hour documentary exploring the aftermath of the 9/11 tragedy through the eyes of a nine year old girl who experienced it first-hand. Commissioned by Arte, the German/French arts channel, the film was included in the grand reopening of Forum des Images in Paris in the winter of 2008. Greta also produced and directed Recall Florida, a road movie following Janet Reno’s 2002 campaign for Governor, a little-known Florida “stolen election” story. In 2010 she completed No Dinosaurs in Heaven, a feature documentary exploring the crisis in science education and the infiltration of creationists into American public schools. In 2013 her film The Marion Lake Story: Defeating The Mighty Phragmite was completed and she won Environmentalist of the Year for it.

Greta is a recipient of multiple grants from the New York State Council on the Arts, New York Foundation for the Arts, Suffolk County Film Commission, and London Production Fund. She has been honored with retrospectives of her work in Berlin, Zurich and Hamburg. Her personal papers are held in the Sophia Smith Collection of Smith College, and the negatives for her films are held by The Museum of Modern Art, the UCLA Film Archive, and the British Film Institute. In 2012 her alma mater, The City College of New York, from which she earned a BFA in Film/Video and a MA in Science Education, awarded her the Townsend Harris Medal for Outstanding Contributions to her Field. 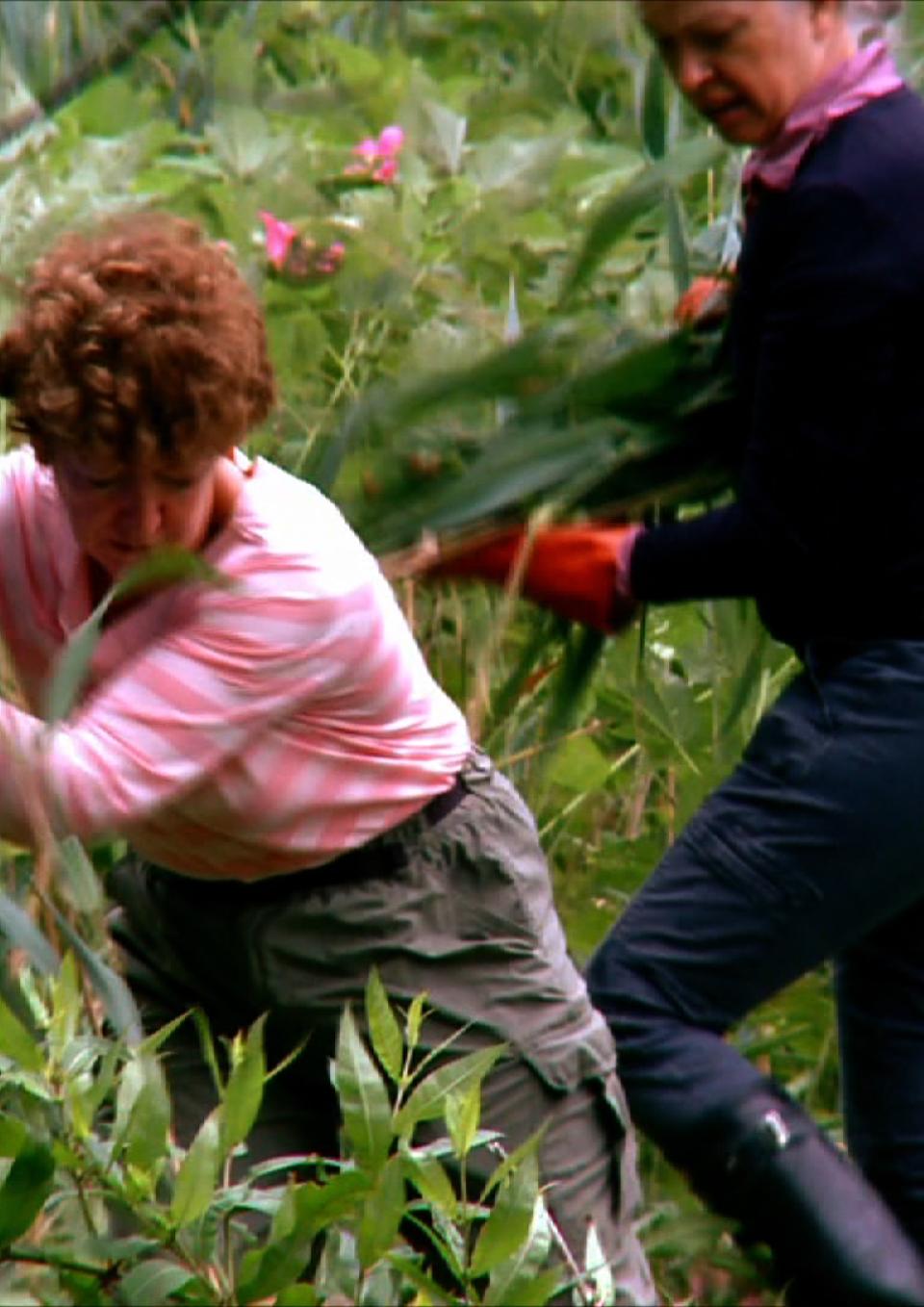 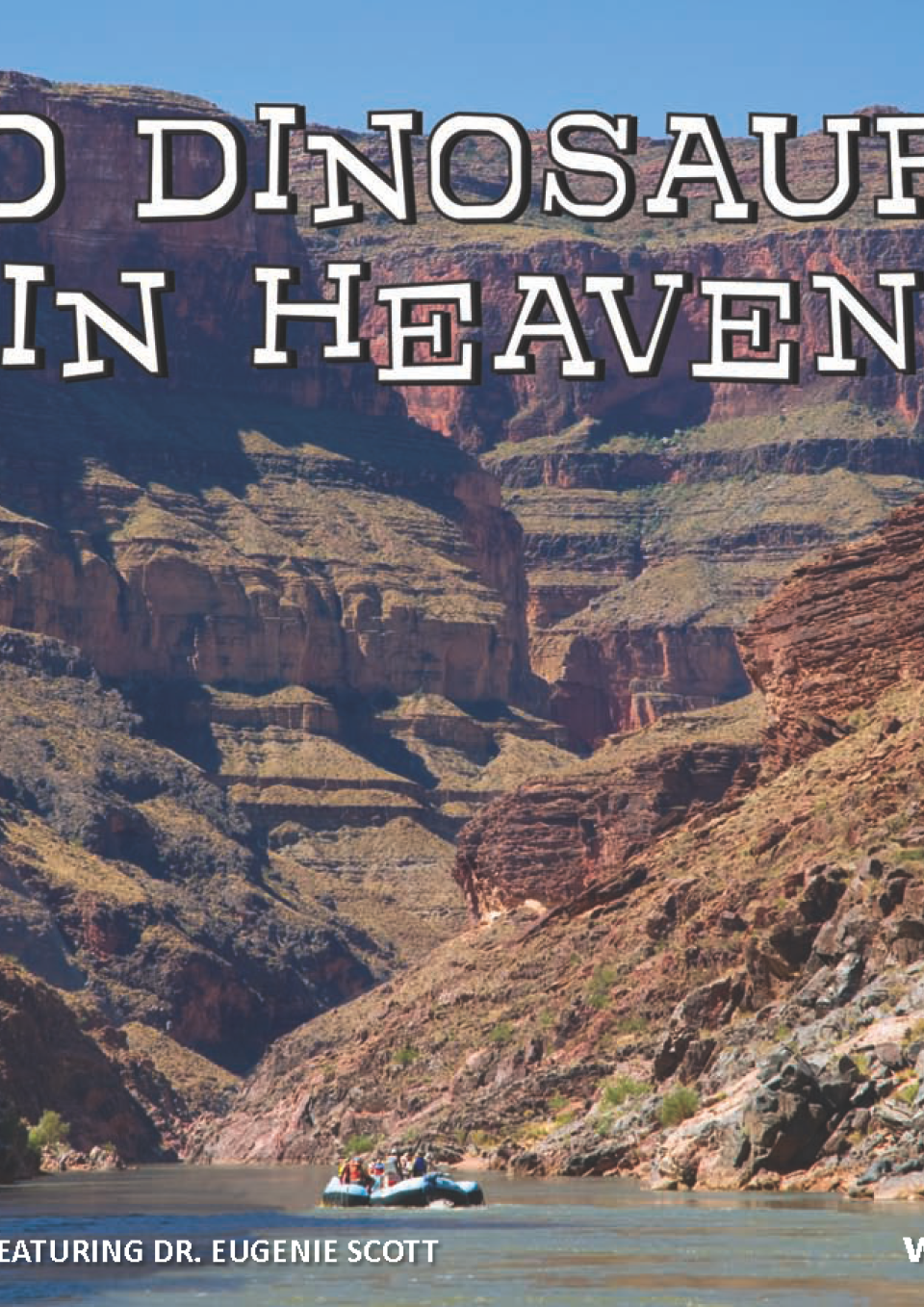 No Dinosaurs in Heaven

A film about Noah's Ark, The Grand Canyon and the struggle to keep religion out and science in our public schools.
No Dinosaurs in Heaven
See details and watch trailer